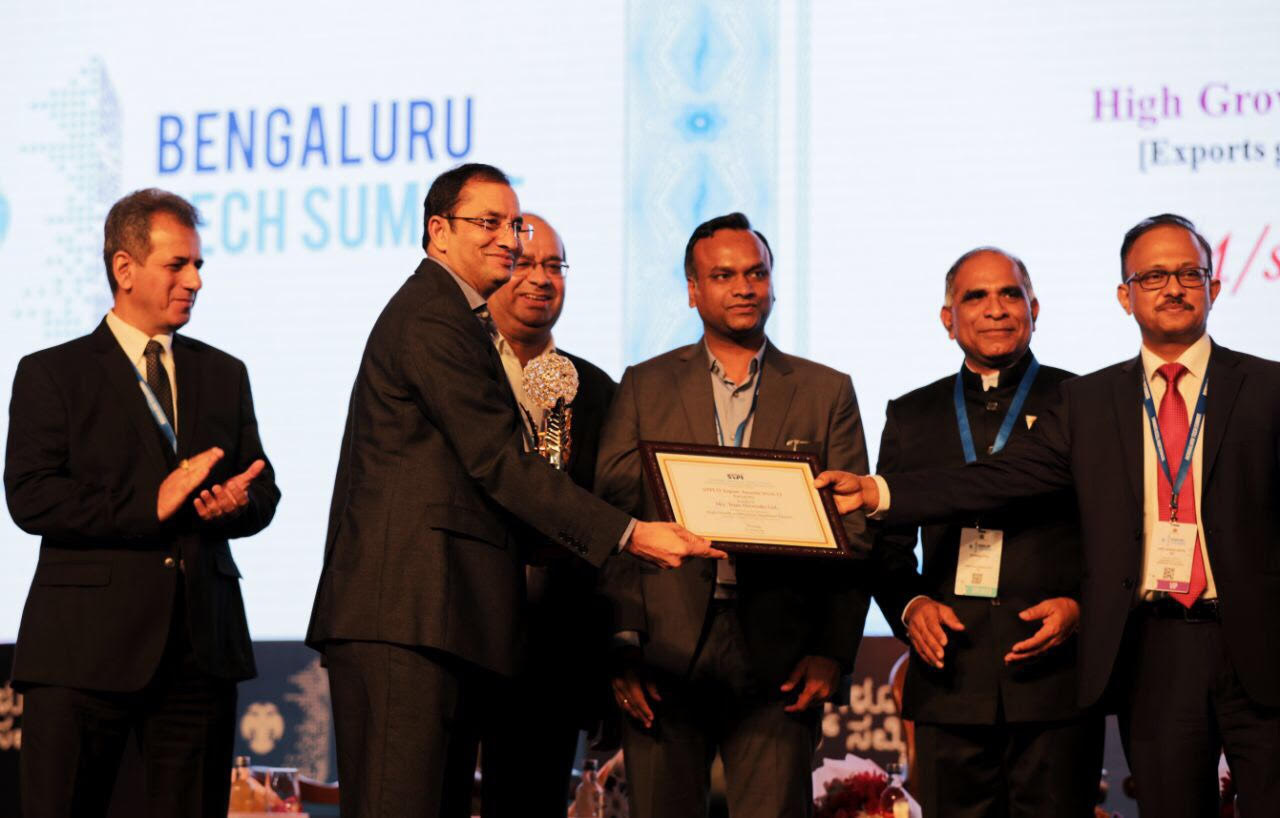 Bangalore, November 17, 2017:  Tejas Networks [BSE: 540595, NSE: TEJASNET] today announced that it has received the top exporter award from Software Technology Parks of India (STPI), Karnataka in the category “High Growth-Bengaluru-Electronic Hardware Exporter (Exports Greater than Rs 100 crores and less than Rs 2000 crores)”. The award is conferred to top performing IT companies of Karnataka for their export performance during the year FY 2016-17. The award was presented to Sanjay Nayak, CEO & MD of Tejas Networks at a function held yesterday at Bangalore Palace during the 20th edition of BengaluruITE.biz 2017.

“We are honored to be recognized as a leading exporter of electronics products from Karnataka by STPI. As a pioneering R&D-driven, deep technology ESDM company from India, our focus is to design-and-manufacture in India so that we can do maximum domestic value-addition within the country and contribute to Government of India’s goal of achieving net-zero imports in the electronics sector by 2020. Since broadband and telecom networks are now becoming the backbone of Digital India, indigenization and use of domestic products will not only be necessary to reduce our import bills, but will also help achieve self-reliance in the area of cyber-security” said Sanjay Nayak, CEO and MD of Tejas Networks. “In recent years, Tejas has achieved the status of a Top-10 global supplier of optical aggregation equipment and our products are now deployed in over 65 countries around the world. In addition to scaling up our exports, we have also successfully competed with global MNCs and have been ranked #1 in the Indian optical aggregation market” he added.

Software Technology Parks of India (STPI) is an autonomous society under Ministry of Electronics and Information Technology (MeitY), Govt. of India established in 1991. The award winners were selected by an eminent committee consisting of representatives from STPI- Government of India, Government of Karnataka, Academia, Media and Industry who evaluated the performance of the entire spectrum of IT, ITES and Electronics & Hardware Exporting Companies in the state on a range of parameters including consistency in exports, employment and diversity.